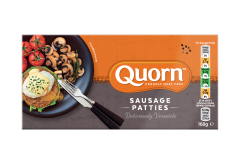 Made with Quorn Sausage Patties

Try our Quorn Vegan Nuggets with Homemade Dip for a tasty treat. The crispy nuggets are perfect for dipping and are...

Your taste buds will spring to life with this vibrant, delicious Brazilian salad. Sweet pepper, avocado, mango and...

Fancy a curry night? Tikka Masala is a much-loved British classic, and it's easy to see why. Our Quorn version packs...

A vegan version of the classic Bacon, Lettuce & Tomato, BLT - try our fast and delicious VLT!

If you like it hot, you will love this aromatic chunky vegetable and Quorn Mince curry. It's absolutely packed with...